Located at 22 Garfield Place, the Fechheimer Residence was designed by Samuel Hannaford and completed in 1862 for Marcus Fechheimer, a clothier. It is the earliest remaining Samuel Hannaford designed building and is a local historic landmark as well as individually listed on the National Register of Historic Places. 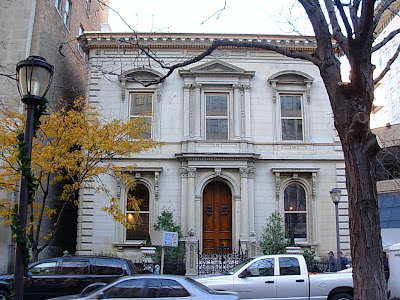 The home is a wonderful example of 1st Renaissance Revival architecture being modeled on a formal Italian Renaissance town house and not modeled on the more informal Italian villa that one generally sees. Here is a symmetrical, austere cube with a stone front facade with quoins, belt courses, and a restrained porch. Decorative lintels are varied, including arched openings on the first floor and a singular pedimented opening on the center, second floor window. Local architectural historian Walter E. Langsam said in a Cincinnati Enquirer article, "To my mind, it is the most elegant, most referenced Italian Renaissance Revival house that has survived." Elements of the more typical Italianate home can be seen on the side elevations where brick wall contained punched opening with decorative lintels and a bracketed cornice. The stone detailing, including the Corinthian capitals, is finely executed as are the iron railings along the sidewalk. 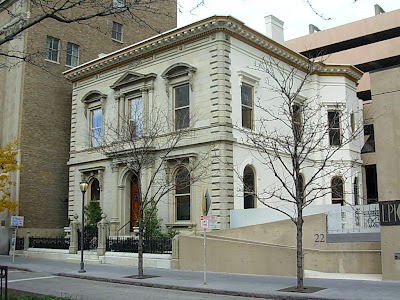 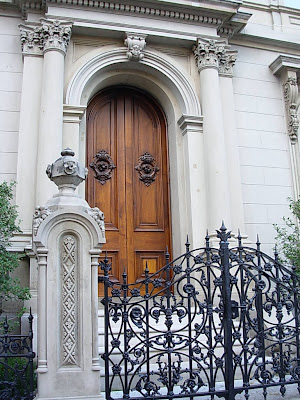 Marcus Fechheimer was a Jewish wholesale clothier who came to Cincinnati in the 1840's from what is now Germany. I have seen him listed as a maker clothing for men and boys as well as a maker of woolen goods and uniforms for firemen, police, the military (including both sides of the Civil War) and the National Park Service. But other family members were also in the clothing business including a nephew, May, who worked for his uncle's company before starting Fechheimer Brothers & Co. with his brother in 1883. Marcus too partnered with his brother Leopold sometime after 1883 and formed the Marcus and Leopold Fechheimer & Co. 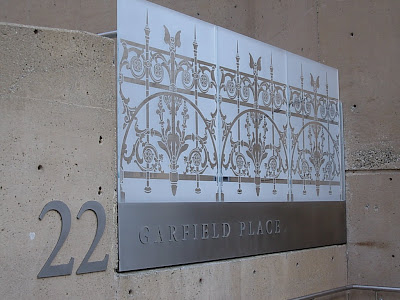 In the article Cincinnati Jewish History, by Nancy Klein, the Jewish influence on the clothing trade is noted:

"In the 1820s, Cincinnati business writers described the potential of the city for manufacturing and marketing. Jews were soon to take advantage of these opportunities, so that, in 1860, the ready-made clothing industry provided the livelihood of well over half of Cincinnati Jews. The Cincinnati Directory for that year lists 70 wholesale clothing firms, 65 of them Jewishly owned. One author called Cincinnati 'a sort of paradise for the Hebrews,' and this economic achievement became the basis of its religious, educational, philanthropic and cultural life." 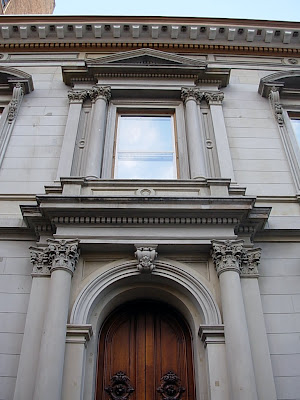 The nature of Garfield Place has changed from the time the home was built. Eighth Street was lined with private residences and clubs. But those have given way to the apartment and office buildings we see today. Eventually the Fechheimer Residence was sold and beginning in the 1930's the Cuvier Press Club was headquartered here. In 1973, the City of Cincinnati purchased the home and added an addition to the east by the firm Smith & Stevens for use as a senior center, later named the Butterfield Senior Center. Finally in 2005, LPK, an international design agency, purchased the property and spent $2.5 million in the acquisition and restoration of the property to be used as a meeting facility. 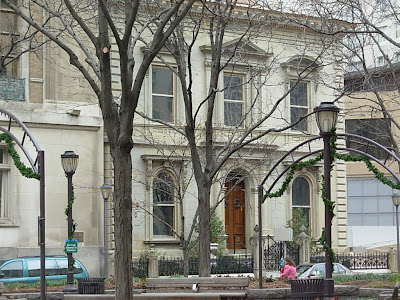 And once again, the Fechheimer Residence takes center stage on Piatt Park as it has for over 140 years.
Historical photo from Library's Cincinnati Memory Project.
Posted by Dan at 11:42 PM

LOL, I was looking at your pictures trying to remember why The Fechheimer Residence looked so familiar.
I was staring at it this morning waiting for the bus thinking about how beautiful it was with lights shining on it.

LPK should have removed the hideous addition before some architects who love 1970's brutalism start saying it is historical and cannot be modified.

Thank you for another wonderfully informative post. I didn't realize that this was a Samuel Hannaford-designed property.