Part II: Architect Emil Rueckert
‘Bau’ is the German word for building. So in honor of Oktoberfest Zinzinnati (September 20 – 21), Queen City Survey is looking at some Germanic influences on Cincinnati, its history, and its built environment in a week-long series we are calling Okto‘BAU’fest!
Emil Rueckert was born in Cincinnati in 1861. He studied architecture here and for a while was Inspector of Buildings for the City of Cincinnati. Typical of the period, his clients were mostly other German-Americans.
Doscher Candy Company (1885)
16 E. 12th Street 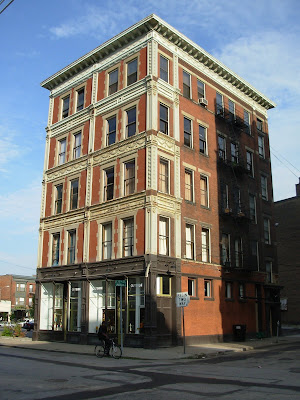 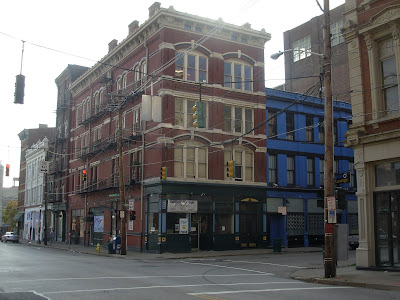 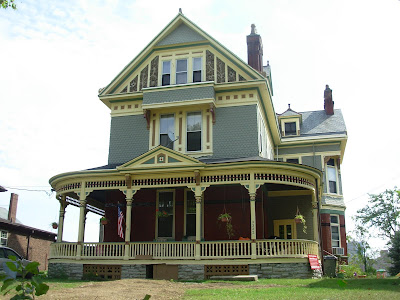 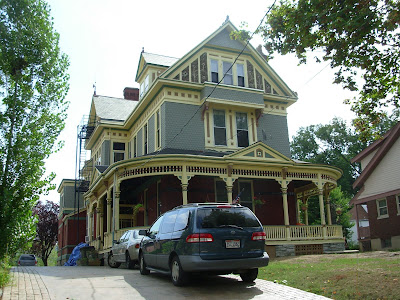 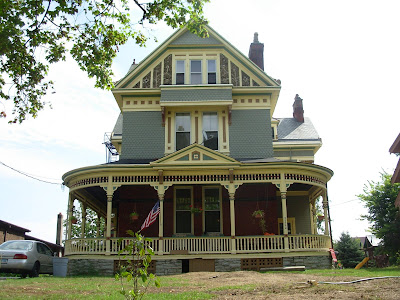 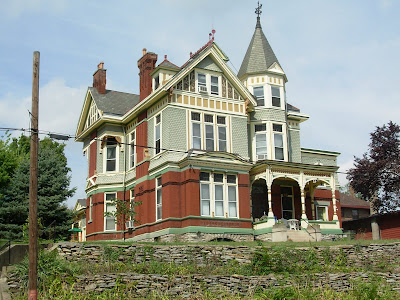 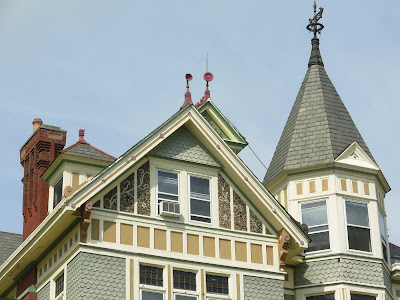 Schneider’s wonderful Queen Anne home has or had entrances on both Bishop Street and Ruther Avenue. The surface treatment is varied by floor including a stone foundation, brick first floor, and shingled second floor. And the façade includes many projections with brackets and large overhangs. The gable ends include a wonderful floral design done in stones in the half-timbering. John Schneider was a baker and owned a flour mill. Emil Reuckert designed his store and office, which was located at 12th & Jackson Streets in Over the Rhine, now demolished.
The two remaining buildings in Over the Rhine are nice examples of urban Queen Anne structures with patterned masonry, large bracketed cornice and cast-iron storefronts. The cast iron façade at Doscher is carried full height and shows elements of 2nd Renaissance Revival.
So while Emil Reuckert’s buildings are quite nice in many ways, they are really just typical Queen Anne structures of the time period. To me there is nothing particularly German about them. They just happened to be designed by a German-American. In the book Great Houses of the Queen City, Langsam notes that there were distinct differences between German and Anglo-American architects. My untrained eye cannot see it however.
Emil’s brother Jacob Rueckert was also an architect. He is credited with designing the renovations to the Louis J. Hauck house on Oak Street as well as his summer home at 12717 Mosteller Road, completed in 1904. He also designed brewery buildings for the Hauck Brewery (which was founded by Louis’s father), Christian Moerlein, and Windisch-Mulhauser. He also is the architect attributed to the Hauck-Heine House, built on Oak Street for the sister of Louis Hauck, Emilie.
Louis J. Hauck House (1910 - Renovation)
425 Oak Street 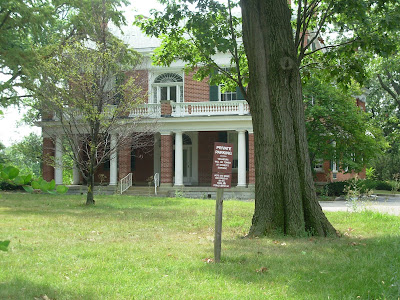 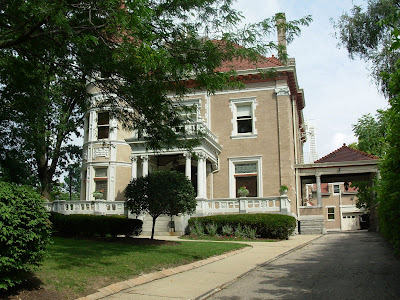 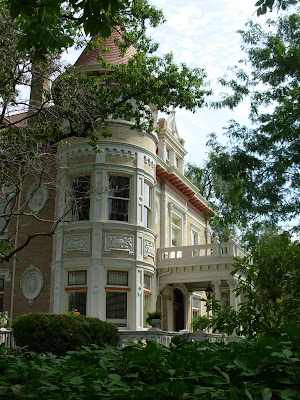 There was once upon a time another Hauck House on Jefferson. Some Poindexter razed it to build apartments of questionable aesthetic value in the late 60s/early 70s.

I used to have a link to a picture of it but I can't find it...will post it if I do.

Ah...the Schneider House, one of my favorite houses in Clifton. I didn't know it had a name. Thanks for the history behind it!