Joseph G. Steinkamp & Brother, Revisited
If any one has read the comments on the "Survey Says . . ." about the architecture of Joseph G. Steinkamp and his brother lately, knows there has been some great comments. This includes mention of other work and posts from Joseph Steinkamp's granddaughter and great granddaughter! The posts have allowed us to know a little bit more about the architect and some of his work.
First and foremost to correct from my earlier post is that Joseph's brother who practiced with him was Bernard, not Benjamin. I now have seen both references but I am going to believe a direct descendant!
Joseph G. Steinkamp was born October 15, 1868. He was one of six children including Bernard, George, Ceil, Kate Ann and Rose. He married Laura Menke and they had two children, Albert and Eugene. Three of his four grandchildren are living, including csm who (along with granddaughter susanlee) provided us with this great information. Joseph died on October 21, 1948 and is buried in St. Mary's Cemetery in St. Bernard with his wife in her family's plot. 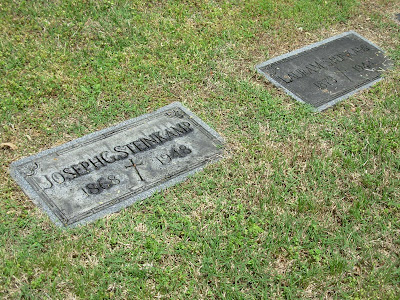 Joseph Steinkamp designed a few homes and buildings on the West Side. The oldest home is on Suire Avenue in Price Hill. Completed about 1928, 916 Suire Avenue is a unique Tudor Revival. I was not familiar with this house but it is wonderful from the outside. The family indicated Joseph lived in this house only briefly. 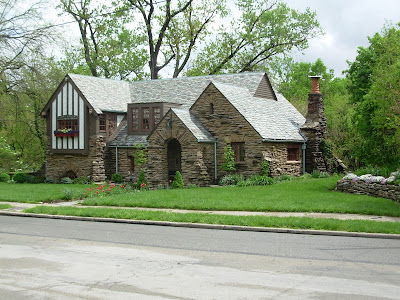 It was noted however that Joseph lived mostly next door at 912 Suire Avenue. Called the 'Old House', the original house is very old and dates from 1869. There is an addition to the south and I suspect that while he obviously did not design the old house, he was probably the architect of the addition. Design features in the addition reflect, at least to me, details in some of his large turn-of-the-century apartment buildings. 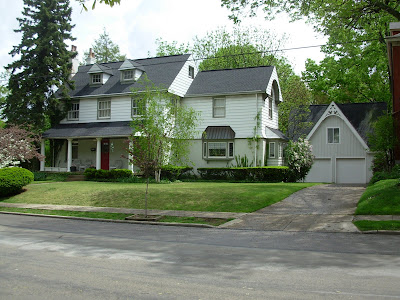 Then he did two houses on Anderson Ferry Road. The larger home at 1022 Anderson Ferry was built about 1934 for his residence if I understood the comment correctly. It sits on a large piece of property and is quite elegant. (A woman was working in the yard and I so wanted a tour!) 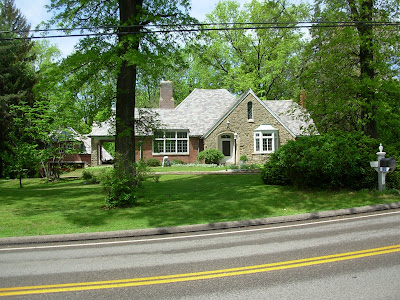 A smaller house across the street at 1011 Anderson Ferry was completed about 1938 for his sister-in-law and her husband. It looks altered and is very hard to photograph. csm indicated it was originally concrete block. 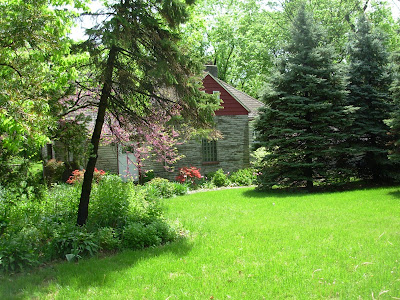 In addition it was also noted by the family that Joseph Steinkamp designed St. William Catholic Church on West 8th Street. Completed in 1931, the congregation however dates from 1909 when this parish was created from St. Lawrence to serve the growing population of Price Hill. 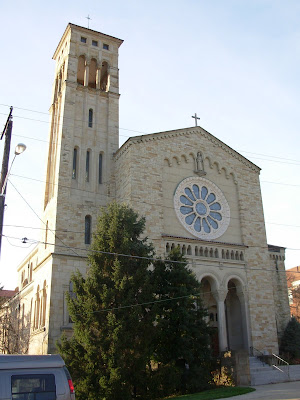 And finally, it was noted by sanger-harris that the Roanoke Apartments in Clifton was designed by Joseph Steinkamp. I had never seen that in print but had often thought he had to have designed at least some of the apartments of Clifton. And the Roanoke is one of my favorites! Completed in 1900, it is a large building with beautiful details. 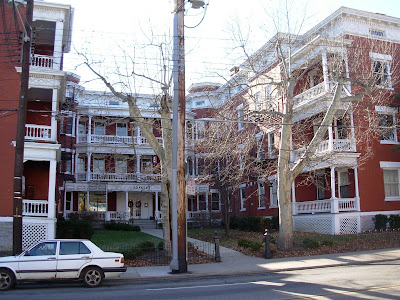 So thank you everyone for the great comments. And a big thank you especially to csm and susanlee!
Posted by Dan at 9:08 PM

Oh, I'll get them switched! Thanks.